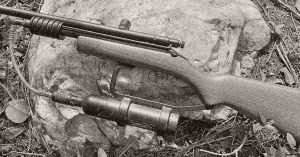 The paintball game was generated by discussion between Hayes Noel who is a stockbroker, Bob Gurnsey who is a sports parts retailer and Charles Gains who is a good writer. All of them are good friends and they held a get-together to discuss different types of topics. One of the subjects they talked about was survival in the jungle. In particular they raise a question whether living in a small street city could do their job against the country in the jungle and this discussion has carried on for many years. And finally one day a man invented a nelson’s paintball gun in the agricultural category and it was from the same category which produced the concept of paintball.

There is no doubt that the first shot of paintball gun was taken in between the cowboys but officially a game of paintball played on june 2, 1981 in the wooden area of New Hampshire. The rules of the paintball game was written by the great man Bob Gurnsey, he said that 4 flag stations that contain different color flags would be set across the 125 acre plat of wood. Each color flag represents each flag station and this is for each player. The winning player will collect his flag first from all flag stations.

All of the players reached the jungle and the game began with a whistle. Different players use different strategies while playing a game, some players used their pace in order to attempt a flag stationed before their rivalry and some of them laid down near the flag station to eliminate them from the game. Ken Barrett was the first who was eliminated from the game by Jerome Gray (Filmmaker). The winner was Forester Ritchie White who chose the white chose stealth strategy and collected all of his flags by silently moving to each flag station and did not fire a shot.

The Birth of an Industry:

When they played their first game, Bob Jones wrote an article regarding the paintball that was published in october 1981 issue of Sports illustrated. After that Bob Gurnsey picked the opportunity and started to sell the survival game for just 150 dollars. It includes paintball, paintball gun, goggles and rules, it was a good package for $150 at that time. Initially the paintball game was not called paintball, it was known as the National Survival Game.

The first paintball field trade was opened by Bob Gurnsey in March of 1982. His firm National survival game came into the agreement with nelson paint to be the sole provider of the product. They made it a franchised business and then started to open up all over the united states.

Jeff Perimutter and Dev Freeman are good paintball players, they grab the business opportunity and try to deal with national survival games but they fail to make an agreement with them and make their own company named Pursuit Marketing Incorporated. They made a deal with Benjamin Sheridan to make their own paintball guns.

To make its cleaning easy, the paintball filled up with water instead of oil and it spread to the Australia and England areas. The first speedball field with a large paintball park was opened in southern california in 1989 and they started to arrange systemized competitive fields in paintball.

The first world cup was broadcast by ESPN channel in 1995 and it was the first time when some famous networking channel concealed the paintball. The NPPL banned the continuous use of barrel plugs in paintball games because this barrel core became the standard object barrel hinder device.

Did you remember, the ignominious “ Sniper Incident ” occurred at the 2002 world cup. A member of the team hid outside the boundary of the field trying to eliminate the opponents and actually he was not playing on that match of the tournament which caused him panic. In the last few years, the paintball game has become a big trend and the safest sport in less than three decade.

The Rapid Growth Of Paintball

In this paragraph, I am going to describe different ages of paintball growth. Neol, gaines and guernsey see the paintball game as a new business and started to sell the paintball kits in $150 which contains goggles, rulebook, paintballs and marker. In no time they register their game as a national survival game and make a partnership with nelson paint company.

In 1982, the popularity of the paintball game increased rapidly. They open their new shop in New Hampshire but the end is not here, with the passage of time they open their more new shops in various areas of usa. After seeing such success, the guernsey decide to host a paintball tournament and fix the winning prize $3K which is taken by a canadian team, Unknown Rebels.

In 1984, when the national survival game was being played globally then it got a new name called paintball. After that they introduced new paintball products and started to make paintball guns in high quantities. The first outdoor paintball game played in the United Kingdom and now Paintball is becoming worldwide, and the games are becoming more action-packed and fast-paced.

In the 90s, paintball became one of the most favorite games all around the world. The new spider guns and tippmann were invented with advanced technology to make this game more enjoyable. Furthermore, non toxic paintballs were introduced that include biodegradable and water-soluble paintballs to make the environment safe. Paintball’s first TV debut was on ESPN when they screened the World Championship Games in 1995.

Now the current paintball market is $1.4bn in oct, 2022 and annual Paintball is bigger than ever with new technology and game modes. Paintball is one of the fastest developed sports in the United Kingdom with an estimated number of one million new players coming per year.

When Was the First Paintball Gun Invented?

Moreover, Charles made the first crosman 707 after collaboration with crosman company but it did not succeed due to high price. After that the charles come to daisy and make an agreement for making a Red ryder BB gun. Daisy created the Daisy Splotchmaker in 1972, which went on to become the Nel-Spot 007.

The Nel-Spot 007 required recocking in between every shot and fired only 12 paintballs before replacement of the air cartridge. This thing makes the player weak for playing the game. It was normal for players to defend themselves by throwing paintballs rather than taking a risk of reloading near their opponents. So that’s why the majority of the players prefer to give emphasis to the pump paintball game.

Why Is A Paintball Gun Called A Marker?

Charles Nelson, a CEO of nelson paint company invented the first paintball gun in the 1960s. Initially this device was used for agriculture work. It was originally used by national park forest rangers for marking the tree for cutting as a safe and efficient method. It was also used by gamekeepers in South Africa to highlight the dangerous animal. Furthermore in Antarctica the paintball gun was used to mark the penguins. Its main work was marking things, that’s why it got named a paintball marker.

After a short time, the nelson invented gelatin capsules ads which could be injected with paint and fired from the gun. The capsules were strong enough to target the things.

With the passage of time, advanced technology has come and more people take interest in playing with a paintball gun. So, to organize this sport competitive tournaments have been held. The first paintball tournament occurred in 1983 and was billed as the national championship. It was won by the Canadian team. Shortly, many rival organizations emerged. In 1992 the first paintball world cup was held in NY state and then it became the newly created national professional paintball league in 1994.

You can play a paintball game to test your outdoor survival skills in the forest. Many people who never hunted and faced opponents in the field of battle before then it will be a curious thing for them. Playing paintball is a great chance for all of us to test these types of skills. We can’t ignore that Paintball attracts both hobbyists and casual players, and the Sporting Goods Association estimates that about 10 million Americans play paintball annually. This is a competitive and enjoyable game that focuses on the spirit of adventure and teamwork.

As rival manufacturers involved in paintball grew rapidly in the 1990s, new advanced technology became promoted which improved both paintball and markers. The paintball technology gradually progressed as manufacturers made new changes in tools like adding a front pump for cocking. For fast fire paintballs in rapid succession, it provides a compressed air tank with more capacity. It was replaced by a 12 – gram cartridge. The new paintball game was very different from today’s game.

Initially the gun came with 12 grams carbon dioxide cartridges that are good for a few rounds in tournaments and players need to reload their gun after every shot which was time taking and not for players. Paintball took progress with passage of time in the 1980s, the paintballs were oil based but now paintballs are made with gelatin coated with soluble liquid inside. Several variations have been developed like scented, cold weather and glow in the dark varieties. The paintball has been so popular and Nelson Paint Company divided into two companies: Nelson Paint Company, which focused on traditional painting products, and Nelson Technologies, Inc. – known as Nelson Paintballs – which They still make today.